Casa Pistache represents the vision of Merida at the golden moment of its time as the richest city per capita in the world in 1906. It underwent a two year complete restoration in 2016-2017 by noted interior designer Marjorie Skouras, under the careful supervision of INAH, in which it was restored to its former glory.

It is currently featured in Architectural Digest Magazine

The house was purchased from the scions of the Canton family, whose great great grandfather was General Francisco Canton Rosado, who was the governor of the Yucatan twice at the turn of the last century, and whose magnificent house, Palacio Cantón, is now the Anthropological Museum in Merida.

With its wedding cake facade dating from the Porfiriato period of the late 19th century, its grand scale and classical layout are enhance by the beautifully restored original floors and stencils on the walls, most of which represent the Art Nouveau influence that was popular at that time. The front rooms date to the 18th century. It is a classical center courtyard layout, with grand proportions and made for gracious indoor/outdoor living. The kitchen has the original Yucatecan style hood, which is made of solid copper, with an accompanying hand made copper sink. An antique fountain graces the courtyard, which also has hand carved tropical hardwood arches and columns. There are two en suite guest rooms, and a large master suite with a spectacular bathroom and separate tub room. The covered patio has both outdoor dining and seating areas.

There is a large rooftop terrace with built in seating and a retractable awning and 360 degree views of Merida Centro, including the main Cathedral and the Church of Santiago.There are two smaller roof terraces that would lend themselves beautifully to an outdoor kitchen and/or bar. There is fully tiled storage bodega and a separate laundry room which houses the service equipment. Every room, including the kitchen and bathrooms, is air conditioned. The house is serviced by 10 solar panels on the roof, and there is a pool heater. Lush, mature tropical gardens are enhanced by extensive outdoor lighting. Also of note is that the property is dual zoned for both residential and commercial use. Located only four blocks from the Plaza Grande in the Highly desirable neighborhood of Santiago, it is only one block from the popular Santiago market and park. There is a gated parking facility with an attendant a block away. 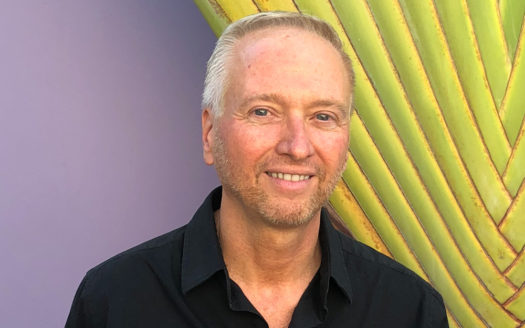 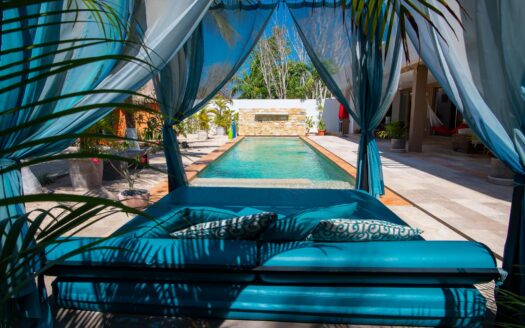 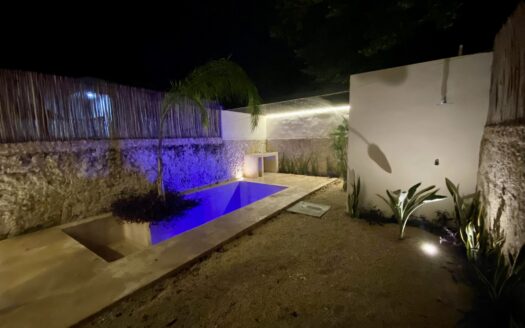 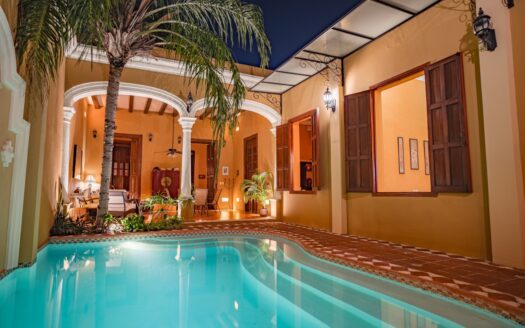 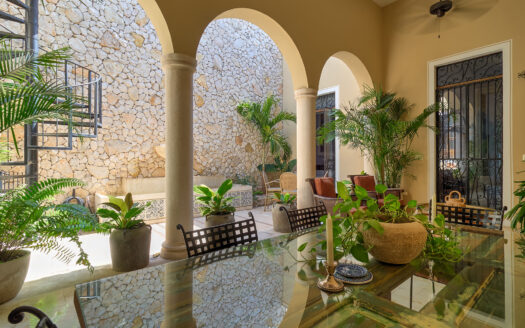 Register here! Forgot Password? Back to Login Return to Login

Want to find out more?